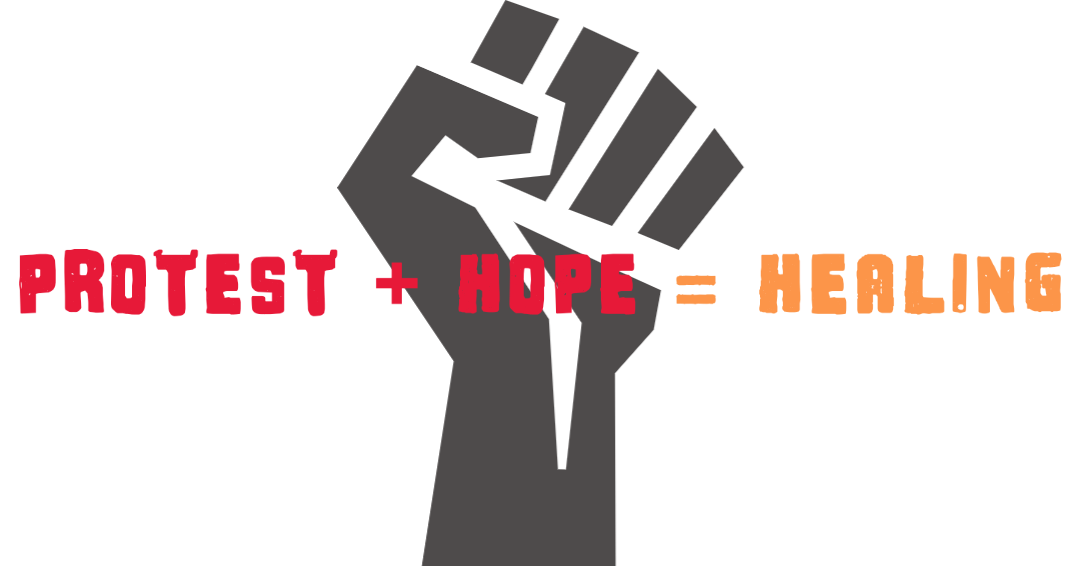 It is with this thought or mantra that we channel the collective.  Striving to be all that you can imagine each day. Embody the hope that we are born with. Develop the courage to challenge injustice and heal the world and broken hearts.

Today is always the first the only day we have… Change starts with a thought.

Maria North Morgan “Maria North Morgan is a lifelong civil rights attorney who has spent her career fighting injustices caused by racism. The artwork you see today is part of a series created called The Pandemic/Revolution 2020.

I think so often we think of Black history as “out there”. This isn’t true. Our families have their own stories of resilience, and we are not monolithic. I want to show how we continually reinvent ourselves!

I love This World

Today Is The Day 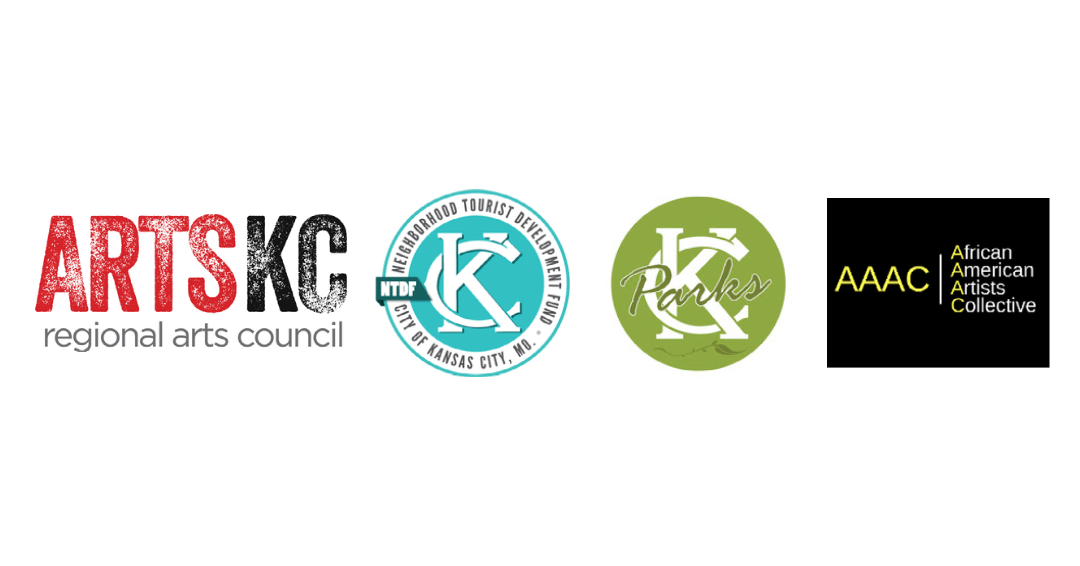 Tyrone Aiken, Chief Artistic Officer for Kansas City Friends of Alvin Ailey is a Choreographer, teacher, dancer, and arts administrator. He is a graduate of the Ailey School’s Certificate Program in 1983. Tyrone began his professional dance career with the Cleo Parker Dance Ensemble in Tyrone’s choreographic credits include “Summerland” commissioned by Dance Theater of Harlem’s Virginia Johnson. In Kansas City Tyrone has choreographed for The Lyric Opera, The Coterie Theater, The KC Symphony, Wylliams/Henry Dance Theatre, KC Ballet, the KC Rep and the Nelson Atkins Museum. Tyrone created AileyCamp the Group in 1995, Setting the Stage in 1997 and a second AileyCamp serving Kansas in 2000. He successfully launched KCFAA’s move to the Jazz District in 2007 and lead KCFAA through a strategic plan with Michael Kaiser creating a new Symposium series.   It is through that series that Tyrone reaffirmed his commitment to racial equity, diversity, and inclusion in the arts and our society.

Tyrone received a Pinnacle Award for Arts excellence from the Johnson County Library, Neighborhood Hero Award from Bank of America, the Robert A. and Dr. Phyllis Bernstein Humanitarian Award from the Jewish Family and Children Services and traveled to the White House to accept the Coming Up Taller award presented to KCFAA for AileyCamp. Tyrone is a member of the African American Artist Collective of Kansas City Missouri, Kansas City Municipal Arts Commissioner and a 2020 graduate with an MFA in Dance from Hollins University.  This is Tyrone’s 27th year with Kansas City Friends of Alvin Ailey.

Damron Russel Armstrong is a Director, Actor who spent his formative years in Kansas City. He has worked on most of the stages Kansas City has to offer. He’s been a familiar fixture at the Unicorn, The Coterie, Theatre of Young America, The American Heartland, The Living Room, Chestnut Fine Arts, New Theatre and Kansas City Actors Theatre. After graduating from Ruskin High School, Damron sought to further his education in New York City. From there he received the best education of life, the practical application of that knowledge, working on the professional stage. He’s performed nationally in Raisin in the Sun – Gutherie Theatre, MN, The Full Monty – The Palace, NH, and Children of Eden – PaperMill Playhouse, NJ just to name a few With sixteen shows and four seasons soon to be under his belt, Damron is excited about the future of the Kansas City theatre scene and The Black Repertory Theatre of Kansas City.

Kennedy Banks was born and raised in Chicago, IL. She began her training at Russell Talbert Dance Studio in 2010. In 2017, she graduated from The Chicago High School for The Arts, performing works from faculty and guest choreographers such as Irma Ruiz and Terrance Marling. Banks recently received her BFA in Performance and Choreography, from the University of Missouri-Kansas City, where she has performed original works created by Gary Abbott, Cleo Parker Robinson, and Kevin Iega Jeff. Banks has choreographed multiple works in collaboration with composers Isaiah Collier and Angel Bat Dawid and recently premiered her latest work, The Distortion of Reality in the Mark DeGarmo Festival. Banks is an Instructor with Kansas City Friends of Alvin Ailey and a co-founder and active member of The Chicago Black Artist Union.

José Faus is a visual artist, writer, performer, and independent teacher/mentor with an interest in the role of artists as catalysts for community building. He is a founder of the Latino Writers Collective and sits on the boards of DSKC, The Latino Writers Collective, and Charlotte Street Foundation. His writing appears in various anthologies and journals and his chapbook This Town Like That was released by Spartan Press. His second book of poetry The Life and Times of Jose Calderon was published by West 39 Press. 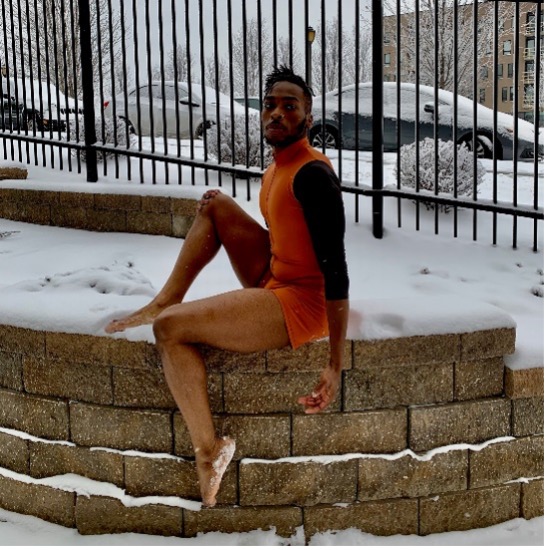 Marcus Johnson (Chicago, IL) was introduced to dance through the dance ministry at New Life Covenant Church Southeast. He later began his formal training at Hubbard Street Dance and Deeply Rooted dance Theater where he received his most influential training under the tutelage of Nicole Clarke-Springer, and Jessica Miller-Tomlinson. He has performed with companies including Deeply Rooted Dance Theater; Hubbard Street Dance; and The Joffrey Ballet of Chicago and has danced in popular musicals in Chicago including Testimony (Mahdi Theater Co.), and Black Nativity (Congo Square Theater Co.). Mr. Johnson is currently a Junior at the Conservatory of Music and Dance at the University of Missouri Kansas City.

“Maria North Morgan is a lifelong civil rights attorney who has spent her career fighting injustices caused by racism. The artwork you see today is part of a series created called The Pandemic/Revolution 2020. In April 2020, as the pandemic forced most of us to remain inside our homes, Maria and her family began regular painting nights as a way to cope. She quickly became enamored with acrylic paint pouring. “On May 25, 2020, when George Floyd died in front of a camera while begging for his life, I was brought to tears at this horrible display of casual indifference to life”.  Maria was so moved by the ensuing protests, she began creating acrylic pours on May 31, 2020, and continued pouring until she had completed The “Pandemic/Revolution 2020” series. Each painting in the series is based on a vision that came to her during what she refers to as “the summer of dual pandemics”. Maria considers her “I Can’t Breathe” painting the seminal piece of the series. In the words of the Reverend William Barber, “I Can’t Breathe” is shorthand for the strangulation of equality and justice in America!” To learn more about Maria and her art, visit www.MariaNorthMorganArt.com. ©” 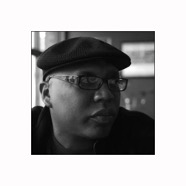 Glenn North is currently the Director of Inclusive Learning and Creative Impact at the Kansas City Museum. He received an MFA in Creative Writing from UMKC. Glenn is the author of City of Song, a collection of poems inspired by Kansas City’s rich jazz tradition and the African American experience. He is a Cave Canem fellow, a Callaloo creative writing fellow and a recipient of the Charlotte Street Generative Performing Artist Award. His work has appeared in the Langston Hughes Review, New Letters, KC Studio, Cave Canem Anthology XII, The African American Review, and American Studies Journal. Glenn is currently filling his appointment as the Poet Laureate of the 18th & Vine Historic Jazz District.

Owen/Cox Dance Group is an ensemble of dancers, musicians and artists dedicated to creating and performing collaborative new works. Formed in 2007 by choreographer Jennifer Owen and composer Brad Cox, the ensemble is deeply committed to performing with live music, and has created over 50 new works, including 8 full-length productions. More information is available at owencoxdance.org

Originally from St. Louis, MO, Christopher is the Founding\CO-Artistic Director of NU-World Contemporary Danse Theatre. As a performer, he has danced extensively with national dance companies such as the Cleo Parker Robinson Dance Ensemble, Hannah Kahn Dance Company, Leah Glenn Dance Theatre, Owen/Cox Dance Group, and Wylliams\Henry Contemporary Dance Company to name a few. As a director and choreographer, Christopher has had the privilege to work with theatre companies such as The Aurora Fox Arts Center, COCAPresents, Fly North Theatricals, Metro Theatre Company, Town Hall Arts Center, Vintage Theatre Productions, as well as teaching and choreographing for Chapman University, Cleo Parker Robinson Dance, Davis Contemporary Dance Company, Deeply Rooted ECS, Denver School For The Arts, Dwana Smallwood Performing Arts Center, and Park Hill Dance Academy. He is the recipient of The Leni Wylliams Award from Cleo Parker Robinson Dance and a two-time True West Award winner for his work on Amplify (Arvada Center) and The Scottsboro Boys (Vintage Theatre Productions). He is also a 2020 Colorado Henry Award winner for his choreography in The Scottsboro Boys (Vintage Theatre Productions). “On the shoulders of my ancestors and mentors, I Dance!”

Natasha Ria El-Scari is a poet, performer, writer, Cave Canem alum, Ragdale Residency recipient and educator for over a decade. Her poetry, academic papers, and personal essays have been published in anthologies, literary and online journals.  She has opened for and introduced many great writers, singers, and activists, and has been featured at a host of universities and venues nationwide. Born and raised in Kansas City, Missouri, Natasha has a BA from Jackson State University and an MA from the University of Missouri-Kansas City. Natasha’s Black Feminist approach is reflected in her writing, poetry, and performance pieces. Once asked in an interview what makes her unique, she replied, “…most people lie to themselves, but I like to reveal myself.”

Latra Ann Wilson a Tyler Texas native and graduate from University of Missouri at Kansas City with a BFA in dance. Ms. Wilson has since danced with artist and institutions across the creative spectrum from Paul Taylor 2 (NY), Opera Theater St. Louis (MO) to The PublicTheatre annual Shakespeare In The Park (NY).  Ms. Wilson also shares dance to the community at large as a teaching artist with both the Kansas City friends of Alvin Ailey (MO) and Ailey Arts in Education (NY). Ms. Wilson in addition to singing, dancing, and teaching continues to hone her craft by assisting some brilliant and upcoming artist Stefanie Batten Bland (Eve’s Song) Josh Prince (Dance Lab New York) and Karen Sieber to name a few.  Lastly Ms. Wilson is profoundly excited about TheDynamitExperience a dance project she recently co-founded with her husband in 2018. Ms. Wilson is presently being represented by LDCArtists.