Hishaw will present: Rural Roads that Divide: Land Rich, Cash Poor, Equality No More. “This session focuses on the dividing lines of race in rural communities and its holistic impact on neighboring urban areas. As a Kansas City native, Hishaw grew up knowing Troost Blvd as the racial dividing line of the city. Unfortunately, city and county lines also create racial divides. Often diversity and inclusion initiatives are limited to corporate and urban discussions. The changing demographic of rural communities has a direct impact on urban areas. Personal aspects of Hishaw’s work as it relates to rural land tenure, race, and aging will be discussed. The objective is to initiate a conversation focused on rural race and inclusion matters.”

Hishaw is the author of “Don’t Bet The Farm on Medicaid” and has been featured in the Atlantic, Vice News, Seniors.com and more. Hishaw is also a Contributor of the “New Food Economy.” Originally from Kansas City, she is an innovative strategist, Founder, and Attorney in the areas of agriculture, food systems and asset protection.  In addition, Hishaw was recognized by Civil Eats and the Clif Bar Co. as a “Food Industry Changemaker.” To learn more about Hishaw’s work please visit www.jillianhishaw.com. 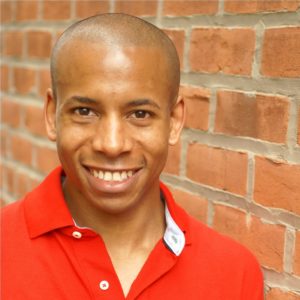 Topeka Native Darren Canady will present My Story is My Survival: “The story of people of color, trauma, and the road to healing isn’t told only in facts and figures. Often, we can’t process the effects of living in the here and now until we think through the stories of our own lives and put those stories in their proper context. In this breakout session we’ll talk about the ways that we can use life writing (what used to be called “autobiography”), personal essay, and creative expression to put flesh on the complex realities of what happens when race, place, and mental health collide. We’ll spend focused time on thinking about how creating spaces to write and record these accounts can inspire us all to be part of a necessary conversation around emotional and psychological healing from racism.” 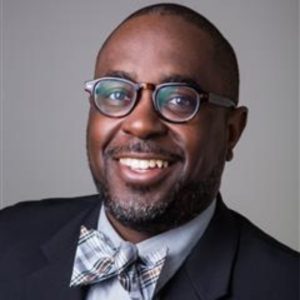 Rodney Smith Ed.D. will present: Know Thyself: Does Your Identity Matter? “Identity is multifaceted and can involve racial, cultural, social, sexual and ethnic dimensions. The development of identity begins at infancy and continues throughout our entire lives. Our quest to define self is often triggered by self-imposed questions like, “Who am I?”, “Who was I before now?”, and “Who will I become in the future?” Frequently, the response to these questions will influence our choices about who our romantic partners will be, what type of work we will do, what belief systems we will embrace, and what kind of life we will lead. This session will help participants explore the many aspects of their own identity in relation to the identity of others. The workshop aims to strengthen participants’ sense of self, which optimistically, will enhance their appreciation of others.”

Author of “Are We Really Crabs in a Barrel: The Truth and Other Insights About the African American Community” which challenges a long-held belief that suggests that Blacks, generally, are not supportive of each other. Smith tenaciously confronts the age-old myth that African Americans stand in the way, and even thwart the progress of other African Americans.

Dr. Susan Wilson will present: Make Me Wanna Holler: Race and Equity and its Impact on Mental Health in Black Communities. “Adult Black/African Americans are 20 percent more likely to report serious psychological distress than adult whites. Research indicates that poverty, racism and discrimination negatively affects both physical and mental health. This session will address how to reduce the stigma of seeking help among Black/African Americans and the importance of increasing awareness and understanding of mental health issues in the Black community.”

Dr. Wilson,a licensed clinical psychologist, currently serves as the Vice Chancellor of the Division of Diversity and Inclusion at UMKC, spear-heading diversity and inclusion policies and programs for students, faculty, and staff and community. Wilson has more than 20 years of diversity-related experience. She previously served as Associate Dean for Diversity and Community Partnership at UMKC School of Medicine. Wilson was also the Central Region’s representative for the Group on Diversity and Inclusion (GDI) for the American Association of Medical Colleges (AAMC). During a time of racial tension, she was a consultant to four local school district superintendents to assess the diversity climate and offer training and recommendations. Wilson has also provided training and diversity consultation to many business and government organizations, and served on the Mayor’s Human Rights Commission.

The Closing Session is moderated by KCFAA’s Chief Artistic Officer Tyrone Aiken and KCUR’s Michelle Tyrene Johnson, our featured facilitators will share important insights from their journey of life, struggle, and success. Share what they have discovered in the breakout sessions and how our community can work to continue the conversation to increase understanding.

More information on our Symposium, Symposium Dinner and Town Hall

Choreographer, teacher, dancer and arts administrator Tyrone began his dance training at the Cultural Arts Center and the Eglevsky School of Ballet on scholarship. He is also a graduate of the Ailey School’s Certificate Program in 1983. Tyrone began his professional dance career with the Cleo Parker Dance Ensemble in 1983. Tyrone’s choreographic credits include works for Dance Institute of Washington, “Kwanzaa” performed at the Kennedy Center, “Summerland” commissioned by Dance Theater of Harlem’s Virginia Johnson. In Kansas City Tyrone has choreographed for The Lyric Opera, The Coterie Theater, The KC Symphony, Wylliams/Henry Danse Theatre, KC Ballet and the KC Rep.

As Director of Artistic and Educational Programs Tyrone created AileyCamp the Group in 1995, Setting the Stage in 1997 and a second AileyCamp serving Kansas in 2000. As Executive Director Tyrone successfully launched KCFAA’s move to the 18th and Vine Jazz District in 2007 and lead KCFAA through a strategic plan with Michael Kaiser creating a new Festival and Symposium series.

Tyrone received a Pinnacle Award for Arts excellence from the Johnson County Library, Neighborhood Hero Award from Bank of America, the Robert A. and Dr. Phyllis Bernstein Humanitarian Award from the Jewish Family and Children Services and traveled to the White House to accept the Coming Up Taller award presented to KCFAA for AileyCamp.

Michelle Tyrene Johnson is a playwright, author, journalist, diversity and inclusion speaker, and a former attorney in the Kansas City, Missouri area. As a journalist, she  covers race, identity and culture issues for KCUR 89.3, NPR’s Kansas City member station, and as part of a four-city collaboration.  As a playwright, Johnson’s plays have been staged locally and nationally, including in New York, California, Texas, Illinois, Connecticut, Pennsylvania, Michigan, and Kentucky. She is the author of four books – three about workplace diversity and inclusion, and the latest being a self-published book about her grandmother called “Cliff(ie) Notes: Lessons From A Badass Grandma.”

A certified mediator who has practiced law in the states of Missouri and Kansas, Ms. Johnson has performed mediations for the Equal Employment Opportunity Commission, the Kansas City, Missouri Human Relations Department and private mediations, and has served by appointment to the U.S. Commission on Civil Rights as a member of its Kansas Advisory Committee. She has also a worked as a newspaper reporter at the Philadelphia Daily News, the Louisville Courier-Journal and the Austin American-Statesman.